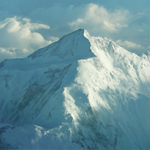 Do you know about the herbal resin that Sherpa’s of the Himalayas eat to support their blood’s ability to carry oxygen more efficiently and to enhance their energy and vitality?

It’s a resin from the Himalayan mountains called shilajit. As the mountain range was formed about 55-70 million years ago, tropical forests were crushed and compacted between large boulders. Over time the compressed forests became a nutrient and mineral rich resin found high in the mountains.

Shilajit
Shilajit also known as mineral pitch is extolled in the Ayurvedic texts as a potent rejuvenative that boosts physical stamina and strengthens the entire physiology. It can take three months to prepare Shilajit using meticulous methods as described in the traditional Ayurvedic texts. There are no short cuts taken with Maharishi Ayurveda formulations.

Now modern science has identified why shilajit works so well. Shilajit is packed with fulvic and humic acids which are the main substances the cell uses for energy production. Known in Ayurveda as the Destroyer of Weakness, shilajit also contains DBP’s (dibenzo alpha pyrones) which support deep rejuvenation and energy production – supporting and enhancing energy levels even when exercising.

Yoga Vahi
Shilajit also uniquely enhances the nutrient uptake and effectiveness of whatever is taken along with it – in Ayurveda this is known as yoga vahi. The careful combination of herbals with shilajit in the following preparations improves bioavailability, assimilation of vital nutrients and creates synergy - the collective benefit is much greater than the isolated, individual herbs.

So power up and stay well this season! Wishing you the bliss of balance. 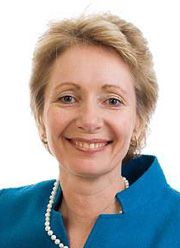